It's been another quiet weekend here at The Manse. While normal chores were taken care of, there hasn't been much in the way of the unusual, except maybe for getting ready for the playoff game between the New England Patriots and the Pittsburgh Steelers.


Trump's election has certainly been a wake-up call for a lot of people, primarily Democrats. So many of them cannot understand why Hillary lost. They don't understand how it is so many people voted for Trump. They also never bother asking anyone who supported Trump why they voted for him, instead listening to their fellow Democrats bleat on and on about how bigoted/racist/sexist/Hitlerian Trump voters had to be.

It all came down to rural versus urban folk, with the rural folks finally reaching the 'Network' point where they screamed at the top of their lungs “I'm mad as hell and I'm not going to take it anymore!”

They were tired of being looked down upon by their self-anointed 'betters' in the cities, labeled as inbred hicks, and in some cases seeing folks 'from away' moving into their little towns and destroying what little was left of their way of life and telling the natives how they had to live their lives. They were tired of being ignored and with one voice said “Enough!” at the ballot box.

It got so heavy that some rural areas with a large population of folks from away found themselves in shock when Hillary lost and Trump ascendant. Red State America descended upon their little liberal enclaves and they aren't sure how it came to be.


So, anarchists hung Trump in effigy in Dallas?

As more than a few folks commented on to this post, anarchist should be careful what they wish for because they could get it...because they'll be screwed as they'll be some of the first to die when anarchy reigns. The rest of us will make sure of that.


People keep saying that Trump has divided the country. But those same people forgot who it is who really divided our nation.

A hint: He just finished out his second term this past Friday and is now on vacation.


By way of GraniteGrok comes this photo which illustrates the truth about feminism and equality: 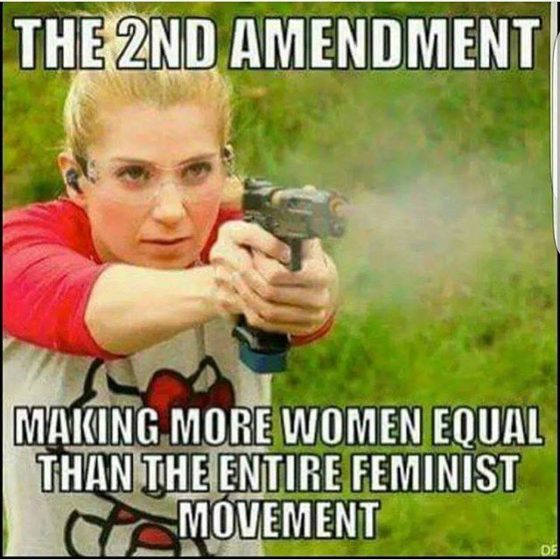 Indeed. The Second Amendment has done far more than the Woman's March or those participating could ever hope to do.


The Patriots beat the Steelers in Foxborough, winning the AFC Championship, 39-15. The Patriots will meet the Atlanta Falcons in Houston in two weeks for SuperBowl 51.


And that's the news from Lake Winnipesaukee, where it's been warm enough during the day to not need the woodstove, another Nor'Easter is on the way, and where the days are all starting to run together.
Posted by DCE at 1/22/2017 10:00:00 PM
Email ThisBlogThis!Share to TwitterShare to FacebookShare to Pinterest
Newer Post Older Post Home