It’s been a great Labor Day Weekend for me and it’s not even over yet. Why am I saying this?

She made the trek up from Connecticut Friday after work. What was normally a 4-hour drive for her turned into a 6-hour marathon in holiday traffic, something neither of us had expected. That she’d left work a couple of hours early made it even more surprising that the traffic was as heavy as she experienced. It made me appreciate her presence even more.

The pig roast was great – good food, good music, good company – and Katy won a drawing for some nice perennials from the farm stand greenhouses (which she is taking home with her).

After a great breakfast at our favorite diner this morning, she headed home. (Yes, the weekend doesn’t end until tomorrow, it being Labor Day and all, but she didn’t want to deal with the heavy homeward bound holiday traffic tomorrow, and I don’t blame her.) I would have liked it if she’d stayed another day, but her heading home today made sense.

It was a great weekend!


What happens when natural processes prevent or reverse global warming?

It must be explained away, of course!


Is fall football on borrowed time because of climate change?

According to climate alarmists, the answer is ‘yes’.

It must be understood that these climate alarmists are friggin’ morons. They are acting like supposedly human-caused climate change will have such an effect on temperatures that fall temperatures in future that temps will be more like late July/early August. Yeah, maybe in a few hundred years...assuming the AGW faithful are right. Too bad the models they like to use to predict future climate haven’t even come close to matching reality, even with some after-the-fact data ‘editing’ to try to hide the decline (see ClimateGate 1.0 and 2.0 e-mails).

This sounds more like a “We should say something about climate change, too” story rather than a real concern.

And so it continues….


Is there anything Elon Musk can’t do?

By way of PJ Media comes this about one of the reasons why it is a good idea for Starlink to start using lasers for intersatellite communications which reduces the need for ground stations to link the satellites to the ‘Net:

It makes it a lot more difficult to censor the Internet, particularly in nations that heavily censor or even block the Internet.

Elon Musk is building his satellite-based Starlink service, but he paused launches until some new spacecraft are ready. Quarts reports that those spacecraft give Starlink a new capability — the ability to bypass the ground stations that Starlink currently depends on.

Starlink users need to be within several hundred miles of a ground station that is plugged into the internet, so the satellites can relay data back and forth between them. SpaceX is not going to be able to set up these stations in authoritarian countries, or likely many of their neighbors.

That’s not just a technical issue, it’s also a regulatory and censorship issue. For instance, Afghanistan’s internet and smartphone access went from near zero to about 90% during the war that Joe Biden just threw away. The Taliban are heavy into censorship and are expected to clamp down very hard on free speech. That’s easier to do against conventional, terrestrial internet service. But Musk’s Starlink with its laser system may be able to elude Taliban censorship.

Hmm, could the ability to bypass censorship be one reason why Jeff Bezos wants the FCC to block Musk’s implementation of his new generation of Starlink satellites? 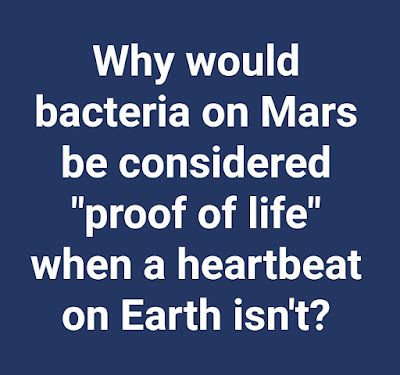 
And that’s the news from Lake Winnipesaukee, where the Labor Day weekend isn’t over yet, the weather is getting better, and I don’t have to deal with Monday this week.
Posted by DCE at 9/05/2021 06:30:00 PM
Email ThisBlogThis!Share to TwitterShare to FacebookShare to Pinterest
Newer Post Older Post Home