I got some great news from BeezleBub late yesterday afternoon: his FIRST robotics team alliance (along with teams from Manchester, NH and South Portland, ME being the others in the alliance) took First Place during the regional FIRST competition held in Manchester, NH yesterday!

The team got a police escort from the highway to the high school last night. Students and parents helped unload the equipment from the bus and get it safely packed away at the school.

Onward to the national competition in St. Louis!

It seems timely that after yesterday's post about March coming in like a lion that Bulldog over at Maggie's Farm posts audio of the late great John Belushi explaining the phrase “In like a lion and out like a lamb” is true only in the US.

(I gotta remember to change her URL here, too.) 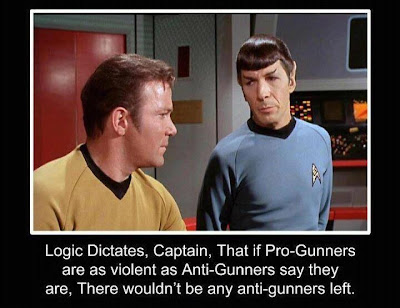 Also from BogieBlog is Cheryl's take on the snow we received over the past few days.

She got a lot more than we did here at The Manse.

I think Parkway Rest Stop has the right of it when it comes to the accidental burning of the Korans in Afghanistan. We have to stop “appeasing the Seventh Century Savages and their “Religion of Peace.” ”

The 'big paper' here in New Hampshire, the Union Leader, took a survey of New Hampshire residents to find out how many of them use snowblowers, shovels, or plows to clear their driveways.

According to the survey almost 60% use snowblowers, 24% use shovels, and 13% use plows. The balance hire local kids to shovel their driveways.

I'll bet that even 10 years ago the number hiring local kids was a lot higher.

On the other hand snowblowers are kinda cool. I know the Official Weekend Pundit Snowblower fits the bill, with electrically driven chute position and angle, and handle warmers! I actually used the handle warmers this past week and they made a big difference, keeping my hands toasty warm when usually they get rather numb from the cold.

I should probably mention that sometimes my job requires me to visit our lab over a weekend. In this case I've been going in two or three times a day to change over environmental tests on lasers that are used for calibration purposes. This allows me to fit a week's worth of testing time into two and a half days. (The environmental test chambers are being used during the regular work week, meaning that I sometimes have to work around other test schedules in order to get my tests completed. Under other circumstances I just want to get the results that much faster. This is one of those times.)

Come Monday morning I'll have a full series of tests completed and I'll be able to analyze the data by mid-morning. That's a lot better than having to wait another week to get all the results.

Quite often I'll find something interesting in his SBSP feature and link to one or two of them. This time around all of them are good enough that I had difficulty choosing, so I figured I just link to the whole thing and let you pick and choose your favorite(s) instead.

This is the first of a twofer from Wirecutter.

Somebody up there really loves the owner of this car.

And then there's this, with Wirecutter asking “Why does the Department of Energy need to buy urban combat weapons?”

Yet another move by big government to control even more of our lives.

An d that's the news from Lake Winnipesaukee, where winter has reminded us it isn't over yet, spring is just around the corner, and where really warm temps will be returning later this week.
Posted by DCE at 3/04/2012 09:55:00 PM
Email ThisBlogThis!Share to TwitterShare to FacebookShare to Pinterest
Newer Post Older Post Home