Here we are, the weekend before Thanksgiving, and we've had our first measurable snowfall. What's ironic is that BeezleBub, Horse Girl, and I spent part of the day yesterday assembling the winter storage frame for the Official Weekend Pundit Lake Winnipesaukee Runabout, aka The Boat, and getting it into place. However the gathering darkness, decreasing temps, and increasing winds made it impossible to install the cover that goes over the storage frame.

Less than two hours after we decided to call it a day, it started snowing.

While less than an inch fell here at The Manse it did play havoc with road conditions. As BeezleBub stated when he got back from Horse Girl's home, the roads were very slick and some of the road crews were out sanding the roads.

We had hoped to get the cover on The Boat some time today, but the high winds with gusts up to 50mph made that impossible. It also made it very cold as the wind chill was easily in the single digits.

You know ObamaCare is really in trouble when even Al Franken says the individual mandate should be delayed.

The Democrats are jumping ship in increasing numbers and I expect a lot more will as we get closer to the mid-term elections next year.

I thought this description of President Obama was right on target:

Obama is and always has been a “give a speech and all is well” kind of guy. He was sure that the force of his speeches combined with his personality was indeed enough to calm the seas and have them recede. In his world, saying is doing. He had no need to have actually done anything or run anything. He was an intellectual who knew how things should run and be done. All he needed to do was enlighten the masses. And that’s what he’s attempted to do.

Except reality keeps biting him in the keister.

As The One is learning, reality is a bitch.

The purge of high-ranking military officers has a lot of people asking “What's going on?”

While a number of 'retirements' may be legitimate, there are multitudes more that have as their basis questionable causes. As one commenter asked, is the Obama Administration “applying a litmus test of would these officers fire on Americans on American Soil?”

If Obama's trying to get rid of officers that wouldn't fire on their countrymen, does that mean he's positioning himself to make himself President-For-Life?

With the high winds we've been seeing all day the power has been glitching, going out for a fraction of a second to twenty seconds. At least the winds died down a little bit once we got into late afternoon.

With the dump on Abama theme seemingly running through the news cycle and the blogosphere, it seems fitting to add Eric the Viking's take on the latest Smart Diplomacy debacle, that being giving Iran what it wants in return for turning our backs on Israel and common sense.

I didn't think it was possible, but Obama is making Jimmy Carter look good.

Tom Bowler also delves into the mess that is ObamaCare, calling it what it really is: Crony capitalism at its worse.

Rachel Lucas gets into the joy of watching her dog Primo, whom she acquired while she was living in Italy, enjoy being able to run around the grounds near one of the rivers that runs through the area. One of the things Primo really likes is sticks, the bigger the better. 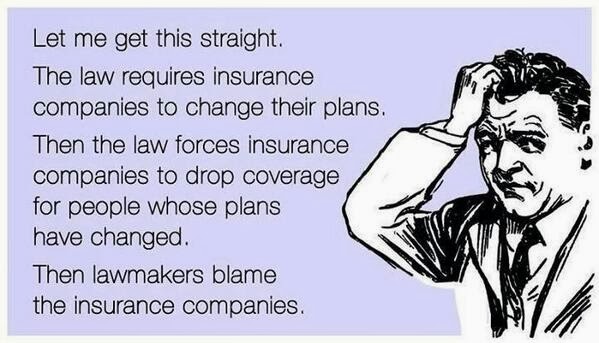 Bogie's work on her new house continues apace. She has some photos to show what's what.

The New England Patriots faced off against the Denver Broncos in Foxborough this evening. With cold temps and high winds facing the teams, some of the commentators have given the edge to the Patriots.

And that's the news from Lake Winnipesaukee, where we're getting a preview of the coming winter, the winds are howling again, and where woodstoves are cranked up to keep the chill away.
Posted by DCE at 11/24/2013 08:14:00 PM
Email ThisBlogThis!Share to TwitterShare to FacebookShare to Pinterest
Newer Post Older Post Home