Now that the 2012 Presidential Election is over and the final votes are being counted, taking a look at the breakdown of the votes makes for some interesting graphics.

Looking at the results from each state in regards to which candidate won in which state gives as a very basic look at the outcome, but a somewhat deceptive one.

Here's what the results looked like state by state, with blue signifying a win for Obama and red a win for Romney: 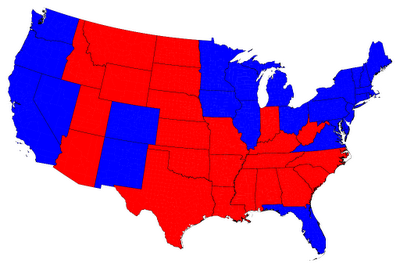 But if you look at the results on a county by county basis the view is quite different, again with blue signifying an Obama win and red a Romney win: 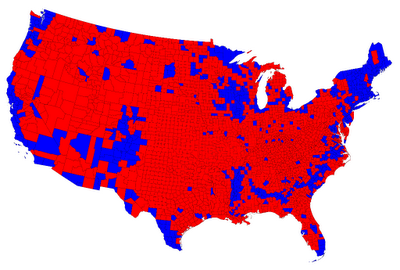 Of particular interest to me were the results in my home state of New Hampshire which showed three of the ten counties taken by Romney.

Looking even closer, if the county by county results are recolored using shades between blue and red to show the relative ratio between Obama and Romney voters we see and even more striking result: 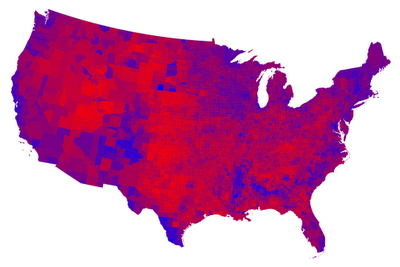 Notice that the shades of purple show a better representation of how people voted on a county by county basis. Looking at both county maps we can see that while Obama may have won in more states than Romney, Romney won in more counties than Obama.

There are more maps showing different weighting for the results, again county by county. Again, the results aren't quite so cut and dried as the state by state maps imply.