As I mentioned in yesterday's post, it was a busy day yesterday.

From there it was a stop at one of the WP Mom’s favorite local eateries to pick up a gift certificate ordered by one of the WP Sisters for the WP Mom. Then the real work began.

There was snow to remove from not one, not two, but three roofs. The 30+ inches of snow piled on the roofs of many homes during the Nor’easter we experienced this past Thursday and some needed to be removed in order to prevent ice dams from forming as the snow started to melt. (Those of us in northern climes understand the problems of ice dams, so we use roof rakes to pull down some of the snow as a means of lessening the severity of, if not eliminating, ice dams.

I had noticed some incipient ice dams forming on the roofs of two immediate neighbors here and contacted them about me removing the piled snow from their homes. (They are seasonal neighbors so they aren’t around very much during the winter). I got the OK (and thanks since they hadn’t thought about that particular problem) and after finishing working on the roof of our house here at The Gulch, started on the roofs of the two neighbors’ vacation homes.

In the midst of that work I received a call from one neighbor asking me to check the heating system in their home because his remote system was telling him the temperature inside was only 43ºF despite the thermostat being set for 60ºF. A quick investigation proved that to indeed be the case. After a number of phone calls and texts we figured out that the furnace, while it would run, had an issue with the circulation pump. Fortunately the house also had one of those fancy heat-pump systems that could either heat or cool, so I enabled it and after a few hours the temperature inside the house was in the upper 50’s, so frozen pipes weren’t going to be an issue. (I had the foresight to shut off the water at the main valve just in case the worst occurred.)

A repairman has already been contacted and will be (hopefully) be correcting the pump failure some time today.


So now Andrew Yang is suggesting yet another really stupid idea? What a surprise.

First, it was his proposal to give every American aged 18 and above $1000 a month, something that would cost $3 trillion a year to fund and which he never explained how he was going to pay for it.

Now he wants everyone to “have something like a bar code” to prove they’ve been vaccinated. That is certainly an over the top suggestion for something that has been so overblown, oversold, and mishandled by The Powers That Be in places like New York, California, Michigan, Oregon, and Washington. There are certainly historical and religious precedents that would suggest it is a Very Bad IdeaTM. As such, we know it is highly likely the Progressives will love the idea.

With the Covid-19 vaccine having seen six severe allergic reactions out of over 272,000 doses given so far, that works out to approximately 0.002% of all patients receiving the vaccine so far.

What percentage of severe allergic reactions do we see with other vaccines, particularly vaccines that have been in use for decades?

The severe allergic reaction is even smaller among adults, and even then they need to be broken down between reactions to the vaccines themselves and those related to the non-vaccine elements within the vaccine solutions.

Since those receiving the Covid-19 are primarily adults, are the severe allergic reactions seen above average? Yes.

If Covid-19 is as deadly as everyone claiming that it is such, then the risk from the Covid-19 vaccine is even smaller.


I really can’t anything to this.

I’m truly looking forward to these climate activists caterwauling that all the rules and regs are supposed to apply to Someone Else, to That Guy, not themselves, because they have a family to scoot around, and the cheapest Tesla just doesn’t work, plus, seriously, for not much more they got a big ol’ Odyssey, Pilot, Highlander, or Sienna with DVD and stuff. All while Biden, Granholm, McCarthy, etc, run around in fossil fueled limos and private jets.

It always ‘someone else’ who will have to make major changes in their lives, perhaps even losing their livelihoods, homes, and maybe even families in order to let those climate scammers ‘prove’ they are doing something to ‘fix’ a climate they have absolutely no control over, do not understand, and have such a poor record of predicting what will happen with their seriously flawed and useless climate ‘models’. Yet all of their actions are based upon those bogus models and unproven (and unfalsifiable) hypotheses.


I figured I’d close out on a high note, so I present something only regular tool users will get right away. The rest of you may take a little longer to figure it out. 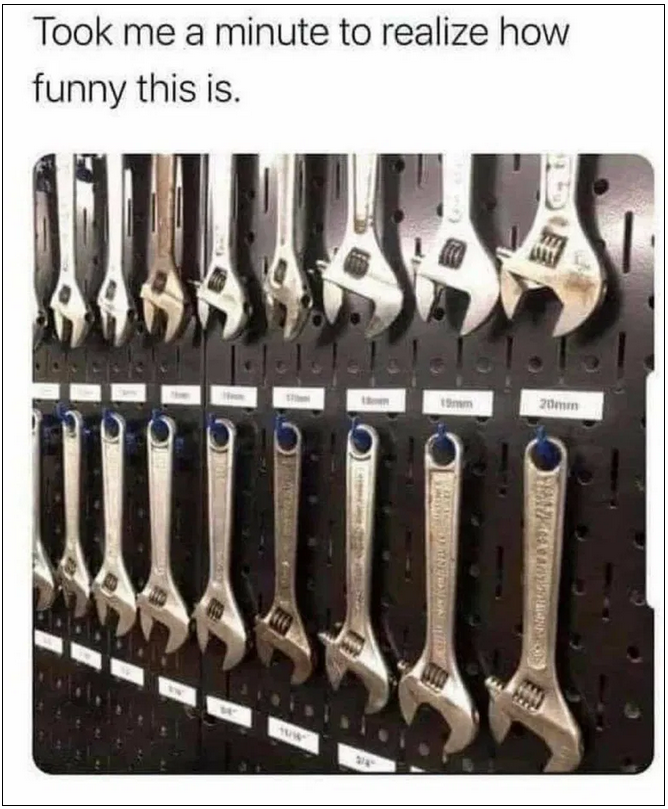 
And that’s the news from Lake Winnipesaukee, where we’re still digging out from Thursday’s Nor’easter, trying to finish up our Christmas shopping, and getting psyched up for Christmas Day.
Posted by DCE at 12/20/2020 02:42:00 PM
Email ThisBlogThis!Share to TwitterShare to FacebookShare to Pinterest
Newer Post Older Post Home