The heat and humidity has returned to the Lakes Region which means we’ll be seeing a lot of folks out on or in the lake over the next four days or so. I certainly plan to get out on the lake this evening after all of the weekenders have left. I figure I will do likewise over the next three days as well. (At least I’ll be working in an air-conditioned lab as the temps outside will be in the upper 90’s, so it isn’t like I’ll be suffering during peak heat.)

As an aside, although we have seen a slight increase in Covid-19 cases, The Powers That Be have stated that most of them have been in people under 40 years of age, with a lot of them being slightly symptomatic or asymptomatic. This is pretty much what I expected to see. Not that there aren’t those who are quite ill, but they are a small minority. Hopefully it will stay that way. As long as people take the proper precautions we should be able to keep the numbers from growing as wildly as we’ve seen elsewhere.


Almost thirty years ago, friends Thomas Cooke and Joseph Feeney made a promise that if either won Powerball they’d split the winnings. They lived up to that promise when Cooke hit a $22 million Powerball jackpot and shared the prize with his friend.


You know it’s gotten out of control when the President of the Portland NAACP says that the Black Lives Matter protests have lost focus. “The focus has been moved from where it is supposed to be and made to be a spectacle, a debacle.”

The ongoing unrest, which started at the end of May following the death of George Floyd in Minneapolis, initially began as a series of demonstrations against racism and police brutality. After federal officers under the command of the Department of Homeland Security arrived to defend the Mark O. Hatfield U.S. Courthouse, they became the focus of protests.

The Portland NAACP has repeatedly denounced the actions of federal forces in Portland but has also criticized “mostly white anarchists” for inciting violence during the protests. Much of the national scrutiny in recent weeks has centered on the melee that erupts nightly after small groups of demonstrators begin a cat-and-mouse game with law enforcement.


If we really want to solve the problem of Covid-19 and end the issues that go with it, then I have a suggestion to make, by way of Powerline: 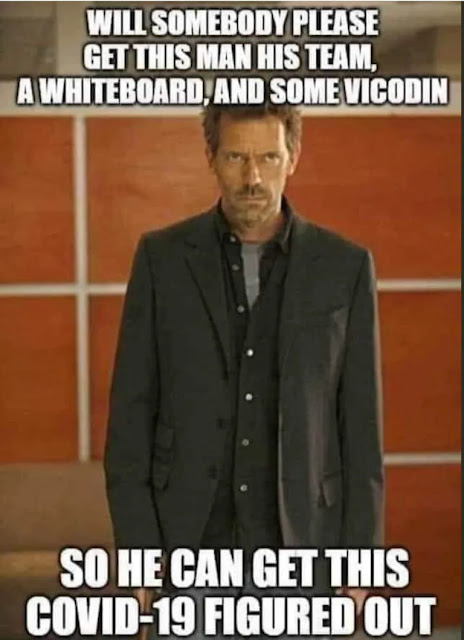 
After the debacle at the New York Times leading to the ‘canceling’ of editor James Bennett because he had the audacity to publish an opinion piece by US Senator Tom Cotton. The know-nothings at the Times got Bennett fired because in their minds he wasn’t ‘woke’ enough.

Staff at the Wall Street Journal tried to force a similar accommodation of ‘woke’ opinion, with 280 of its journalists signing a letter “complaining about the spread of ‘misinformation’ in the paper’s opinion section.” But unlike the Times, the WSJ editorial was having none of it.

In the spirit of collegiality, we won’t respond in kind to the letter signers. Their anxieties aren’t our responsibility in any case. The signers report to the News editors or other parts of the business, and the News and Opinion departments operate with separate staffs and editors. Both report to Publisher Almar Latour. This separation allows us to pursue stories and inform readers with independent judgment.

It was probably inevitable that the wave of progressive cancel culture would arrive at the Journal, as it has at nearly every other cultural, business, academic and journalistic institution. But we are not the New York Times. Most Journal reporters attempt to cover the news fairly and down the middle, and our opinion pages offer an alternative to the uniform progressive views that dominate nearly all of today’s media.

As long as our proprietors allow us the privilege to do so, the opinion pages will continue to publish contributors who speak their minds within the tradition of vigorous, reasoned discourse. And these columns will continue to promote the principles of free people and free markets, which are more important than ever in what is a culture of growing progressive conformity and intolerance.

Perhaps the New York Times, the Washington Post, and a host of other dying newspapers could take a lesson from the WSJ. After all, it seems these publications no longer believe in “the tradition of vigorous, reasoned discourse”. Instead, they believe in censorship, making those who disagree with them “unpersons”, and silencing anyone they do not consider ‘woke’ enough.


I find it ironic that the ones against changing the name and logo of the Washington Redskins are Native Americans. If one understands the history of both the team’s name and more specifically, the logo, the ‘woke’ white folks might not be in such a hurry to push the NFL to change the name.

But then, the ‘woke’ Guilty White Liberals know better than the Native Americans the name and logo honor. They have to be ‘protected’ from themselves and it’s up to the ‘woke’ to do so, right?

And the soft racism of “low expectations” raises its head again.


And that’s the news from Lake Winnipesaukee, where the weather is going to be extremely summer-like, the A/C will be humming away, and where going back to work on Monday may be a blessing in disguise.
Posted by DCE at 7/26/2020 11:50:00 AM
Email ThisBlogThis!Share to TwitterShare to FacebookShare to Pinterest
Newer Post Older Post Home