The sound of fireworks faded away some time after midnight. We could hear them all across the lake. BeezleBub had gone to one of the high points in our town overlooking Winnipesaukee and watched the fireworks taking place in towns all around the lake.

Unfortunately I was housebound and the only fireworks I watched were on TV, in this case those down in Boston. We did indulge hot dogs and hamburgers.

Overall it was a pretty good Fourth of July.

One thing we did was watch the Sons of Liberty marathon on the History Channel . While I understand the history of the events leading up to the Revolution taught in school was sanitized a bit, some of what I saw on the show fell prey to political correctness, with too many 21st century ‘sensibilities’ incorporated into the story.

Still, it was a decent program. It did show that if the British had sent someone more sensible and less brutal than General Gage to Boston to calm the city and bring it under control, the Revolution might have never occurred.

It seems the PC forces have no problems making stuff up in order to destroy the reputation of Professor Tim Hunt. It turns out that all of the claims made by the BBC about his misogyny towards women in science were a bald-faced lie.

Not that the BBC cares.

The Left got its way on gay marriage, so what’s next on its list?

How about decriminalizing pedophilia?

One has to wonder to what depths some of these folks will sink.

Deb keeps telling me I have to stop watching all of the home improvement shows on HGTV, DIY and a few other channels because I get an inaccurate view of how long (and how much money) it will take to do all the things I’d like to do here at The Manse. As she reminds me most of those shows have large crews that can get things done in a day or two what would take us all summer to get done.

That doesn’t stop me trying to make plans for much needed improvements.

Speaking of Deb, she had an unexpected visitor arrive at her place of employment this past Friday. 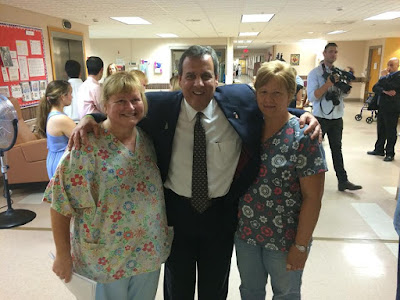 As Deb told me, he was willing to visit the New Hampshire Veterans Home while our own governor hasn’t.

You know it’s past the point of ridiculous and entered the realm of terminal stupidity when the SJW’s state with full sincerity that reason is simply a white male Euro-Christian construction.

So reason and, by extension, logic should be ignored merely because of white privilege? The professor who put this forth of crap should be fired because it is quite obvious he has lost touch with reality and needs help.

Now it appears that the insurance premiums for 2016 will higher…again. The only direction rates have been heading under ObamaCare has been up, and this time around rate increases are expected to go up between 20% and 54%.

Notice how not one thing that was promised that ObamaCare was supposed to provide has been kept? While health insurance is a little more available, the costs for most have skyrocketed. And while more people can get health insurance that does not automatically translate into access to health care, something Pelosi, Reid, and Obama never told anyone.

Skip points us to an Independence Day speech by Calvin Coolidge, one of the most under-rated presidents in our history.

Coolidge was prescient as what he spoke about resonates today as the things he enumerated are the very things that are happening.

And that’s the news from Lake Winnipesaukee, where the last echoes of fireworks have faded away, the grills are still running, and where folks are busy at the beach or on the lake.
Posted by DCE at 7/05/2015 02:45:00 PM
Email ThisBlogThis!Share to TwitterShare to FacebookShare to Pinterest
Newer Post Older Post Home