Thanksgiving is quickly approaching, something I am trying to wrap my head around. Wasn’t the Fourth of July just a couple of weeks ago?

As I have stated more than once over the years, Thanksgiving is my favorite holiday, even more than Christmas. While I have always liked Christmas, I have found it to be trying, capable of generating anxiety that I don’t experience with Thanksgiving. While both holidays often require travel, it isn’t the travel that is troublesome. Rather, it is the different expectations that go with those holidays. (I don’t need to go into them, do I?)

As is rare for me, I am on vacation this week. It isn’t often that I take more than a day off here and there, usually extending a holiday weekend by a day or two. In this case I am extending the Thanksgiving holiday by three days! As I mentioned in yesterday’s post, I will not be idle during my time off. Other than Thanksgiving Day, I will be busy here at The Gulch finishing some winterization and repairs as well as getting the trusty RAM 1500 squared away for the upcoming winter.


Is Joe Biden actually going to run again in 2024? While he says he is running again, one has to ask if will he be in any (mental) condition to do so?

On every subject, confusion abounds, and it’s only getting worse.

On the campaign trail, he forgot the name of the governor of New Mexico. (She does have three names). He lauded Oregon Sen. Ron Wyden, then seconds later couldn’t recall his name and instead described Wyden as “that other guy that I just talked about.”

He talked about his visit to Florida in the aftermath of “Hurricane Ivan.”

He wished a speedy recovery to Nancy Pelosi’s husband “Bobby.” (His name is Paul.)

The list of his mental lapses is getting longer and being added to at an increasing pace. This is not someone we want in the White House, even as a figurehead. But WRBA also doesn’t want Kamala taking office as President. So it makes me wonder if she’ll be induced to resign, replaced by someone more palatable, and then we’ll see SloJo removed from office under the 25th Amendment.

If the DOJ had been as diligent digging into Hunter Biden’s activities as they have Donald Trump’s, Hunter would be in federal prison...and his dad might be in the cell next to his.


I’ve noticed this, too.

There are a lot of wild turkeys here in New England. Fifty years ago there weren’t. So why are there so many here now?

In suburban New England, gobbling gangs roam the streets. Wild Turkeys, each weighing in at 10 or 20 pounds, loiter in driveways, trapping residents inside their homes. They lounge on decks, damage gardens, and jump on the car hoods. Flocks of 20 or 30 birds roost in backyards, while particularly plucky turkeys chase down mailmen and the occasional police cruiser.

Even when I relocated here to New Hampshire 42 years ago there weren’t all that many wild turkeys around. I spent a lot of time hiking around New Hampshire during the 80’s and I saw very few wild turkeys back then. Today, I see them everywhere. We would see them all the time at The Manse. I see them quite often here at The Gulch. I see them crossing the roads I use going to and from work, to town hall, to the local Walmart plaza, and going to the dump.


By way of Power Line comes this warning from the Halls of Science: 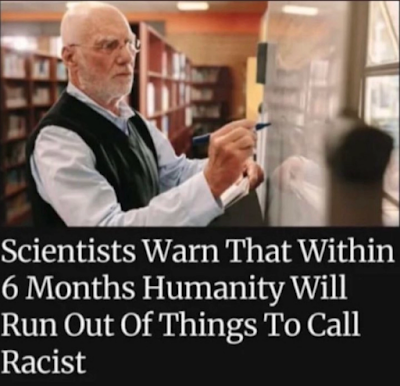 
And that’s the news from Lake Winnipesaukee, where the cold has been more than making up for the unseasonably warm weather we had earlier in the month, the snow from Buffalo has not made its way here, and where I don’t care if it’s Monday tomorrow because I’m on vacation!
Posted by DCE at 11/20/2022 01:11:00 PM
Email ThisBlogThis!Share to TwitterShare to FacebookShare to Pinterest
Newer Post Older Post Home