It was a bittersweet day today at church for the WP clan, it being a remembrance of the passing of three members of the family, all of whom passed away on the same day – November 14th – though years apart. One of the WP Uncles passed away back in the late 1960’s, the WP Dad eight years ago, and one of the WP nephews four years ago.

The oldest WP sister and her S.O. came up to join us (and to help with some work around The Gulch). It was a nice seeing them as we don’t get together nearly as often as we’d like.


More than a few folks have mentioned more than once that the ‘woke’ Disney is going to pay the price for going woke, yours truly included, and now it looks like that is just about to happen in the form of mass layoffs.

Woke Disney isn’t cutting it these days. While they continue to groom and sexualize children with their woke agenda, people are starting to boycott Disney. They missed their earning by nearly a billion dollars and are expected to announce mass layoffs before either Thanksgiving or Christmas.

Disney has fallen under the sway of “Go woke, go broke” trap and is paying the price as have so many other corporations. If they don’t reverse course I expect they will also suffer the same fate so many other ‘gone woke’ businesses have.


Michael Shellenberger delves into how ‘woke’ is being used to generate profit from victimhood.

We tend to think of the people, and businesses, supporting Black Lives Matter, LGBT rights, and climate change advocacy as altruistic. They aren’t doing it for fame or fortune. They’re just doing it because they care about victims of violence, prejudice, and environmental degradation.

And yet over the last year, all three movements have been caught profiting from creating victims. BLM’s founder bought a $6 million home using donations intended to protect black lives from police violence. A British medical clinic is being sued by parents who allege that their gender dysphoric children were rushed into puberty blockers that can harm health. And climate activists funded by the heirs to the Getty and Rockefeller fortunes have staged protests on roadways that have caused several deadly traffic accidents.

Such behaviors shouldn’t surprise us, argues psychologist Sam Vaknin, who I interviewed at length on Monday. “Victim movements go awry when they are appropriated by the elites and become integrated into existing power structures, including profit-motivated power structures,” he argues. “Suffering becomes a commodity. The minute you monetize suffering, you have a vested interest. Victimhood becomes a permanent fixture because that's your product line. You're going to produce victims and suffering.”

This isn’t the first we’ve seen the like happen. How many times did we see leaders and organizations from the Civil Rights era corrupted by the money and power inherent in such movements? It is not different today.


It seems even more rural cities in the Northeast aren’t immune from the effects of the “Defund the Police” movement, the city in question being ultra-blue Burlington, Vermont.

Burlington is starting to resemble places like Portland and San Francisco with homeless and drug-addled derelicts increasing in number as the number of its patrol officers has declined by 70% from 50 to 15 officers. That supervisors and detectives have had to step in to fill those open patrol slots is not a good thing.

Defund police departments and crime goes up. Does that surprise anyone? No. But the real problem isn’t the lack of police but of the tolerance of drug addled transients. They know full well if they get arrested they’ll just be out the next day. They’ll never pay a fine and never do more time. There are no consequences whatsoever. That’s the real problem.

As one commenter wrote in the linked Instapundit post, “As per usual they ignore human nature and are then surprised when human nature slaps them in the face...so they try to ignore it even harder and get slapped harder in return.”

As Glenn Reynolds warned us back in 2020, “When “defund the police” fever was in full bloom in latte towns across America, “the breakdown of law and order won’t go as [leftists] hope. Ultimately, the police are there to protect criminals from the populace, not the other way around. Get rid of the police, and armed vigilantism is what you’ll get. And what you’ll deserve.”

We’ll see the return of so-called vigilance committees since neither the police or justice system are capable of doing their jobs. Like vigilantes of old, punishment is likely to be harsh with many crimes being punishable by death. There will be no appeals, no extenuating circumstances, no “He’s just a poor boy from a poor family” excuses. There will probably be no rehab offered, particularly to the drug-addled miscreants defecating and urinating in the streets or the doorways of homes and businesses and accosting residents minding their own business.

That won’t bode well for those on the wrong side of the law, at least in the eyes of the vigilance committees.


Then there’s this point to ponder, courtesy of Nitzakhon over at GraniteGrok. 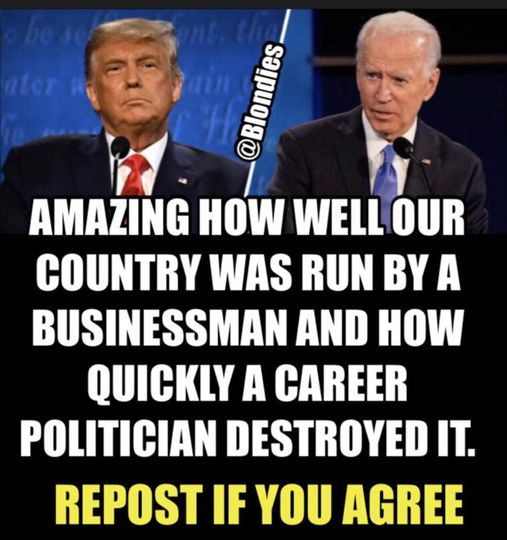 
And that’s the news from Lake Winnipesaukee where the warm weather has fled, colder weather is replacing it, and snow might be showing itself later this coming week.
Posted by DCE at 11/13/2022 03:02:00 PM
Email ThisBlogThis!Share to TwitterShare to FacebookShare to Pinterest
Newer Post Older Post Home