We’ve had a short preview of fall weather over the past few days, with nighttime temps in the 40’s (and some up north in the 30’s) and daytime temps in the upper 50’s and low 60’s. However, today we’ll see temps in the 80’s. But we’ll be back in the 60’s tomorrow with rain all day and 60’s the rest of the week.

I have already seen the swamp maples turning color, but they are usually a good month ahead of most of the other trees when it comes to the fall foliage color. I expect we’ll see heavy tourist traffic with the so-called “leaf peepers” arriving from all over the world. Colors are expected to be a bit muted in the southern part of New Hampshire due to the drought stress the forests have been subjected to, but central and northern New Hampshire should see spectacular color since there was little if any drought stress. I know I will be using the Official Weekend Pundit Lake Winnipesaukee Runabout to view the foliage colors when they are close to peak, something that I look forward to every year.


The TV media has been busy covering the preparations for the funeral of Queen Elizabeth II. Seeing the lines of people waiting to pay their last respects to the only monarch many of them have ever known has been eye-opening.

She was gracious, but she also had a wicked sense of humor which she showed the world now and then.

I will miss her.


It’s interesting seeing Bill Maher’s ‘awakening’ to the perfidy of the Left. While still a Leftist himself, he has been pointing out the extreme views and measures of the radical Left that had had him rethinking his positions and questioning the motives of those presently running the nation.

Maher also had strong words for Leftists who refused to consider the possibility that what he was saying was true: “And that’s why you seem like you have such contempt for half the country. I don’t think that’s going to get us where we need to go.” Speaking about the deep political divisions in the country today, he asked: “I think we’ve crossed this line and now the question is, how do we walk it back? How do we walk it back from, ‘I hate you so much that I can’t live with you?’ And we have to live with each other. This is not an apartment where we can put the tape down the middle of it. We have to find a way.”

In other words, Leftists have completely departed from reality and from a rational assessment of the contemporary scene. While Maher is correct that we have to live with them, it’s like having to live in a house with an insane person: one must always be on guard, for one never knows what the insane one is going to do, or how much damage he is going to cause. It is at least refreshing that a committed Leftist such as Maher can show signs of waking up from the insanity and deciding that he doesn’t want to along with it any longer. Maybe others will follow. We can hope.

If committed Leftists like Maher can see that he path other Leftists are leading us down will lead to the destruction of the United States and to a ‘woke’ totalitarian state, then there may be hope that just a few more like him will also wake up and realize where we’re headed down the wrong path.


We keep getting the “We all have to switch over to EVs” meme rammed down our throats. Of course those saying we have to make the switch are ignoring the downsides to EVs, one of the biggest being the cost of replacing the battery pack when the time comes. Just one example: The cost to replace the battery pack for a Tesla is $26,000.

That’s not a typo.

It will cost $26,000 to replace the battery in a 2014 Tesla. That’s more than I spent to buy the trusty RAM 1500. I could replace the engine and transmission and gas tank in the RAM for what that battery pack costs and have a lot of money left over. (Not that I should ever need to do so. As long as regular maintenance is performed, they should last another 10 years or so.)

Numbers-wise, EVs make no sense to me. The cost of battery pack replacement makes those numbers make even less sense.


I wonder if they realize just how stupid they sound?

NY Times: American Democracy Is In Crisis From Republicans Adhering To The Constitution.

Apparently the NYT doesn’t like things like the Electoral College, something that helps prevent a tyranny of the majority, or Freedom of Speech, or the Right to Keep and Bear Arms, or protection against Unreasonable Search and Seizure and so on. It gets in the way of creating the “Perfect Socialist Utopia”, also known as Hell on Earth.

Those of us in the know understand what really needs to be done to save our nation from those who hate it so much:

1- Repeal the 17th Amendment, allowing state general assemblies to appoint senators to represent the will of the state, ambassadors to the federal government, as intended. They will do what their states say, not what the big money donors.

3- Federally elected positions and appointed administrators will not be allowed to trade stock while in office. Period. No trading stock for any federal employee if it is related to the agency they work for Balanced budget amendment.

4- Those running for the House may not take in more than 10% of their campaign donations from outside of their district. How does it help the people of that district when a goodly chunk comes from outside?

5- Allocation to federal agencies will be based on what the agencies need, not what they want, reducing overspending, just like at private sector companies.

6- No more allowing cost over-runs when contracting something, unless the agency requests it. If the contractor is running late and over-budget, tough. Fulfill your contract, eat the money.

7- Fed govt needs to stop funding everything local. Which gives them power over the towns and cities. Such as all the money to police depts, giving the feds power over the police.

8- Lower taxation. Money should be going to your town and state, not so much to feds.

I would probably change #2 to incorporate one of my suggestions, that being members of the House of Representatives should be drafted, not elected. We’re likely to get a better class of people that way.


By way of Maggie’s Farm comes this image:

What’s scary is that this is closer to the truth than most people realize. But there there’s also this truth: 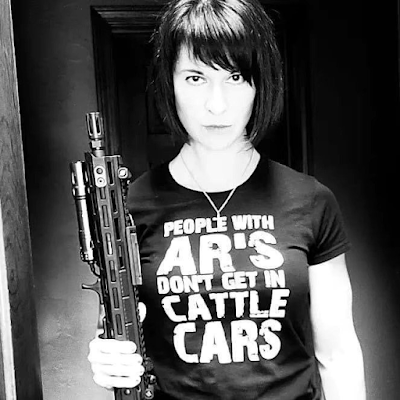 
And that’s the news from Lake Winnipesaukee where most of the summerfolk are gone, die-hards are still plying the waters of the lake, and where we’re waiting for foliage change to take place.
Posted by DCE at 9/18/2022 02:03:00 PM
Email ThisBlogThis!Share to TwitterShare to FacebookShare to Pinterest
Newer Post Older Post Home