Summer has finally arrived and we are enjoying the weather. This includes time out on on the lake in the Official Weekend Pundit Lake Winnipesaukee Runabout, aka The Boat. The WP Mom and I availed ourselves of some ice cream from one of our local ice cream stands.

While a lot of summerfolk are here this first full weekend of summer, it’s next weekend that we’ll see a lot of them as they’ll be up to celebrate the Fourth of July. I am looking forward to this, including fireworks viewed from the lake. I also expect to fire up the Official Weekend Pundit Gas Grill to cook up some burgers, hot dogs, and maybe a few steak tips.

While New Hampshire gun control advocates have denounced the governor for signing the bill, the protests have fallen on deaf ears. Considering New Hampshire has one of the lowest rates of violent crime in the nation, it seems silly to advocate for laws that will do nothing but raise those violent crime rates as the populace is disarmed. Cities and states with highly restrictive gun laws also have the highest rates of violent crimes, and particularly crimes committed using an illegally obtained gun. Those restrictive gun laws have had just the opposite effect that was claimed by its supporters. The other effect? Those same gun control advocates push for even more restrictive gun laws that leave only the criminals armed and the law-abiding citizens defenseless.


Just how wrong can legal ‘analysts’ get about the New York Rifle and Pistol Association v. Bruen decision?

Tell me you didn’t actually read the NYSRP v Bruen decision without saying you didn’t read the Bruen text. It’s one thing for commentators and pundits without legal degrees to overlook the clear text of a Supreme Court opinion in jumping to conclusions. It’s quite another to have an attorney working as a major media outlet’s “Chief Legal Analyst” to get this much wrong.

Here’s CNN’s Jeffrey Toobin, insisting that the Supreme Court just struck down all firearms restrictions in Bruen, before semi-correcting and saying that’s where the decision leads:

You know, we know that in the United States, you have the right under the First Amendment to say pretty much anything anywhere, because we have freedom of speech in the United States. What the conservatives on the Supreme Court are saying is that we want the Second Amendment to be a first-class right like the First Amendment. And we want to be able to carry guns anywhere, any time, without any sort of regulation by the government, without background checks, without restrictions on where you can take a weapon, without restrictions on how you can carry a weapon.

Now, they haven’t gone that far yet, but they are clearly moving in that direction. And, you know, we can’t separate this issue from what’s going on in the world, where we have a tremendous problem with gun violence in this country, we have mass shootings, we have 18-year-olds with access to AR-14s, 15s, and the Supreme Court is moving in the direction of saying the government cannot regulate that traffic at all.

Right off the bat, pun intended: What in the world is a “first class right” in constitutional terms? An enumerated constitutional right should have more weight than a derived right, but in this case the right to keep and bear arms is an enumerated right.

One would think that a lawyer, particularly one acting as a legal analyst on a once-major news network, would know this, right?


I find it ironic there is more rioting over the Supreme Court overturning Roe v. Wade going on in the Blue bastion of Portland than most other cities. Then again Portland is the Leftist Riot Capitol of the nation, so rioting, burning, and looting are an almost weekly event.


The following makes me think that a proposal my Dear Brother and I have been putting forwards for going on three decades is making more sense every day.

The Lack of Competition for House Seats.

Lee Drutman has a piece at FiveThirtyEight worthy of attention: What We Lose When We Lose Competitive Congressional Districts. It highlights a problem I have frequently noted–that far too many of the 435 seats in the US House of Representatives are linked to non-competitive districts. We know the partisan outcome of those districts well before the candidates are selected, let alone actual elections held.

The way to solve the problem? This is where our proposal comes into play.

The solution is to not elect House members, but to draft them. Every year 145 Members would be drafted which replaces one-third of the House every year. Since they aren’t elected they wouldn’t have to follow the usual election cycles, so replacing a third of the House very year is easy to do. You get a better cross-section of the American populace. You get people who really don’t want to be there so they want to get the People’s business done as quickly as possible so they can go home.

One of the hard fast rules of a draftee House: No Lawyers. Let the lawyers inhabit the Senate.

I would like to think we have competitive Congressional Districts here in New Hampshire, all two of them. They change hands from Republican to Democrat and back again, though it does tend to go in cycles where one party will dominate for a few years, then the other. It is looking good for both Congressional districts to change hands this coming November. We may also see a change in one of our US Senate seats as well since Maggie Hassan is vulnerable. Only time will tell.


One last thing, something I picked up over at Knuckledraggin: 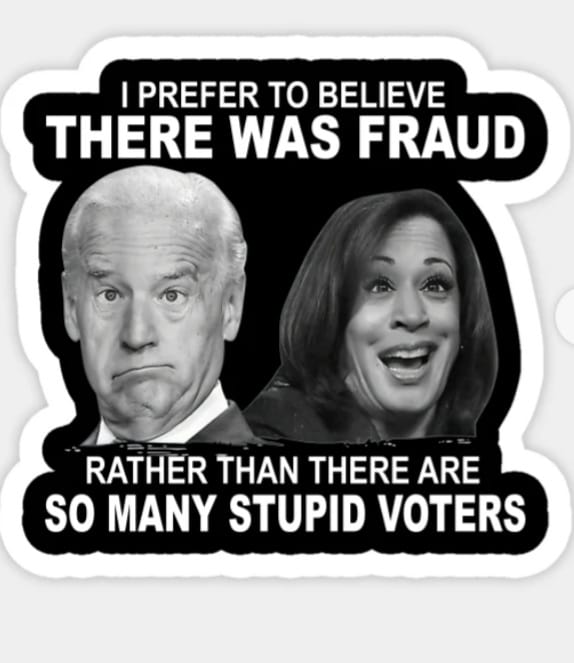 
And that’s the news from Lake Winnipesaukee, where the summerfolk are enjoying their pre-Fourth of July weekend time at the lake, the ice cream joints are doing a lot of business, and preparations for the Fourth of July continue.
Posted by DCE at 6/26/2022 11:39:00 AM
Email ThisBlogThis!Share to TwitterShare to FacebookShare to Pinterest
Newer Post Older Post Home