I think we have have all seen variations of the sticker seen in the picture below, either on the web or on gas pumps. 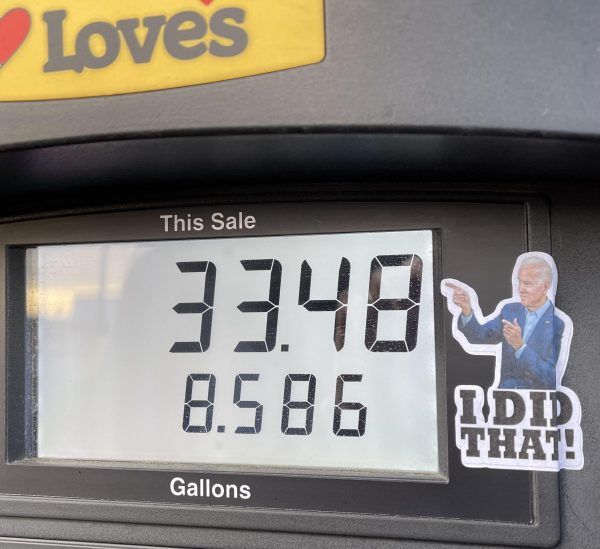 It has been called a brilliant guerrilla campaign, putting the responsibility for our high energy prices squarely in the hands of President *. They have been showing up on gas pumps all across the nation.

One of his first Executive Orders killed a much needed oil pipeline. Others banned further oil and gas leases on federal lands and put restrictions on fracking. He also threatened to cancel existing oil and gas leases. What did he and WRBA think would happen to gas and oil prices with these actions?

Or worse, is this exactly what they wanted to happen?

This guerrilla campaign is a constant reminder to motorists who is responsible for the huge rise in gasoline, oil, propane, and natural gas prices. While President * has tried to blame Covid and market forces for the rise in prices, it is his actions that caused this. Market forces reacted to his ill-advised actions. Thus it is always so.
Posted by DCE at 1/08/2022 05:25:00 PM
Email ThisBlogThis!Share to TwitterShare to FacebookShare to Pinterest
Newer Post Older Post Home