It was below zero here at The Gulch this morning, something that added insult to injury as the snow, sleet and freezing rain mix we got on Friday is now a solid frozen mass. That means those who did not get out early enough to shovel and scrape before everything froze solid will have to live with the ice and ‘stubble’ until things thaw out.


The TDS is strong in this one.

Apparently MSNBC anchor Katy Tur has absolutely no understanding of the US Constitution and that Senators represent their states and not a Congressional District. Each state is represented by two senators, regardless of whether they are large or small. There are 50 states and 100 senators. That isn’t going to change. The Founders set it up that way to help balance the House, which has Congressional Districts of roughly equal populations. That’s why some states have more House Representatives than others. This is something that bothers Tur to no end, particularly in regard to the Senate’s vote to acquit President Trump. Her ‘cure’ for the Senate? Gerrymandering.

...Tur wondered what could be done to prevent Republicans from winning statewide elections for U.S. Senate seats across the country: “So what’s the resolution to that? Is gerrymandering something that would help improve the situation? Is – how does that sort of divide promote consensus in the Senate or even in the House?”

Bump was forced to awkwardly correct her and explain the obvious: “Well, I mean, the only resolution – gerrymandering is not going to do anything because in the Senate we’re talking about states, right? You can’t gerrymander states.” He then delivered more tough news: “The only solution is for Democrats to appeal to voters in those states.”

What, you mean Democrats might actually have to go out and campaign, garner votes, and win elections?


The analysis of this past Friday’s Democrat Debate shows that the front-runners didn’t do so well, with some of them ganging up on Bernie for his pie-in-the-sky Medicare-for-All plans without any thought about how to pay for it other than “We’ll figure it out later.”

Yeah, that’s worked out so well in the past.


Yet another member of the inclusive, tolerant, ‘diverse’ Left showed his true colors when he tried to run down workers at a Republican voter registration tent at the parking lot in front of a Walmart in Jacksonville, Florida. After driving through the tent, the driver of the van got out, took video of the scene, flipped off the registration workers, got back into his van and drove off.

Class act, that one.

The James Hodgkinson wannabe, one Gregory Timm, was later arrested by the Jacksonville Sheriff’s Office. Timm was charge with Aggravated Assault, Criminal Mischief, and Driving While Driver’s License Suspended. Other charges may be forthcoming.

This clown is a real winner. One has to wonder how many others like Timm and Hodgkinson are out there, planning further mayhem.


These climate change alarmist a**holes have gone too far!


I saw this over at Sarah Hoyt’s, and it’s something I have always known but never put into words.

The Asymmetric Bullshit Rule: The amount of energy necessary to refute bullshit is an order of magnitude bigger than to produce it.

As they say up here in northern New England: Ayuh.


I can agree with this wholeheartedly.

When You Lose, Say Little. When You Win, Say Less.

As much as I like Donald Trump, there are times when I wish he would followed this rule.


This is how you do not tow your car out of ditch.

First, I would have towed the car from the front.

Second, I would have attached the tow line to the front of the tow vehicle and had it back up because then the driver could see what was happening to the car it was towing out of the ditch.

But that’s just me. 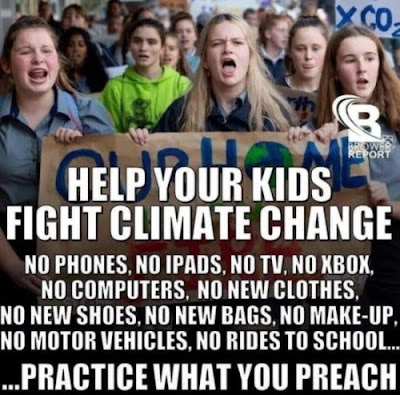 
And that’s the news from Lake Winnipesaukee, where there’s more snow on the way, the New Hampshire Primary is Tuesday, and where the bleating pols and their media sycophants will be gone the day after that.
Posted by DCE at 2/09/2020 11:49:00 AM
Email ThisBlogThis!Share to TwitterShare to FacebookShare to Pinterest
Newer Post Older Post Home