It’s been a little cool here in New Hampshire the previous couple of days, with temps only in the 60’s. It hasn’t been conducive to spending time out on the lake.

I noticed there wasn’t nearly as much traffic as I would expect to see over the weekend, so it’s likely the cool temps had something to do with it.


Have you noticed that as the calls to defund police departments have been increasing, that those calling for it have responding to criticism by redefining the word “defund” to mean “cut the police department budget.” But that isn’t what it means.

From Merriam-Webster comes this:

:to withdraw funding from

It doesn’t say anything about redirecting funds. That’s not defunding.

But the Democrats have been backpeddling, deciding to change the definition of a long-used word on the fly rather than saying something as simple as “We didn’t mean defund. We meant ‘Cut the police budget and reallocate the funds for social outreach, etc..” But no, better to redefine the word rather than admit they are vocabulary deficient.


How long before the so-called Capitol Hill Autonomous Zone (CHAZ) devolves into a modern-day version of 1793 France? At the moment they have a warlord, though I doubt he’ll remain in power very long. (He’s already being ‘canceled’ due to Twitter posts he made years ago.)

I figure it’s only a matter of time before they come up with something analogous to the Committee of Public Safety.

Can you say Reign of Terror? Of course you can...but don’t, at least of you live in CHAZ. They’ll just target you that much sooner.

As an aside, some of the “citizens” of CHAZ are extorting money from white residents, demanding they hand it over to blacks in the zone, “suggesting” it was for reparations.


I hate to say this, but this UC Berkeley History professor is toast. He/she has called the explicit bias of the faculty and the non-diversity of thought in the UC system into question, an unforgivable sin in the eyes of the Progressive faculty.

It is only a matter of time before this professor is exposed, doxxed, and excommunicated from academia, declared persona non grata and erased from human memory.


Yup. I agree with this wholeheartedly. 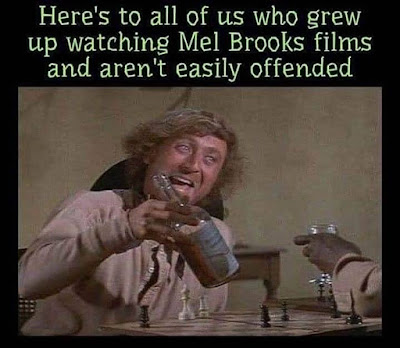 
Who will protect us from the lawlessness the Democrats are bringing upon us? Will we devolve into a vigilante society where lynchings will become common? (Yes, this would be an extreme case, but possible nonetheless.)

Or will anarchy reign?

Or worse, will the lawlessness be used an excuse to enact harsh laws and generate the forces to required to enforce them, i.e. create a police state that will control every aspect of the citizens’ lives in order to ensure that order is maintained? (It’s been done before and worked quite well for those in power.)


And that’s the news from Lake Winnipesaukee, where the weather is cool, businesses have been reopening, and where Monday is again looming in the near future.
Posted by DCE at 6/14/2020 01:19:00 PM
Email ThisBlogThis!Share to TwitterShare to FacebookShare to Pinterest
Newer Post Older Post Home