It was an uneventful weekend here at The Gulch with just routine chores to take up our time. The only exception was dinner with my dear brother and his wife. We went to one of our favorite restaurants, knowing it would be one of the last we’d be eating there until after the summer season.

It’s hard to believe that the unofficial start of summer is only a month away. But with that in mind I have already made arrangements for the Official Weekend Pundit Lake Winnipesaukee Runabout, aka The Boat to be prepared for launching and hope to get it into the water some time in the next two weeks.


This isn’t something I would expect to hear in the second decade of the 21st century.

A professor of anthropology at Dartmouth College has come to the conclusion that “the mere presence of a gun, especially if one makes physical contact with it, can transform a good person into a bad one.”

Does this academic truly believe in magic, most particularly the Law of Contagion? It certainly appears to be the case. He’s certainly implying that the occult has some power over the fate of people near guns.

Is this what passes for serious academic research these days? If so, we are doomed. 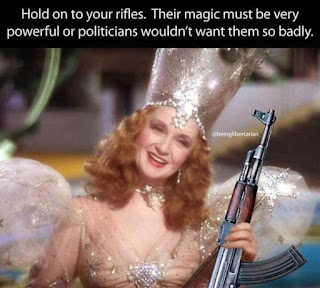 
I knew the human feces issue in San Francisco had become a real problem, but that it has required the creation of a “poop” map to keep people in San Francisco informed of where human waste has been piling up shows just how bad it’s become. The same problem has been appearing in New York City, where the derelicts see no issue with dropping trou and defecating on the sidewalks and walkways.


It has become evident the anti-vaxxers are starting to reap the rewards of what they have sowed through their willful ignorance and belief in pseudoscience. Measles, a disease once vanquished here in North America, has returned and done so with a vengeance. Measles is easily prevented through vaccination, but difficult to treat once it has established itself. It is one of the most contagious diseases known. Yet the anti-vaxxers have chosen to not have their children vaccinated based upon a fraudulent study, since withdrawn. Now the bill for having done this has come due and it is their children who suffer. Some will be damaged. Some will die. And all of it was preventable.


What happens to your business when you intentionally insult and piss off half of your potential customer base?

You go out of business, and rightfully so.


And that’s the news from Lake Winnipesaukee, where the last vestiges of winter have melted away, tress are budding, and boats are appearing at docks around the lake.
Posted by DCE at 4/28/2019 02:37:00 PM
Email ThisBlogThis!Share to TwitterShare to FacebookShare to Pinterest
Newer Post Older Post Home