The warm weather has returned after a few dreary and wet days here in central New Hampshire. I wish I could say I made the best of it, getting started on the spring yard cleanup. But as I am still recovering from a knee injury I suffered just prior to Christmas, my mobility is somewhat limited. That certainly has limited my ability to do much in the way of yard work, particularly considering the wet ground and steep slopes upon which The Manse sits.

Looks like I’m going to have to hire some folks to help me out this spring.


One of the latest SJW ‘causes’ – cultural appropriation – has gone from the merely ridiculous to the extremely ridiculous. Case in point, the Tiny House movement has been labeled as ‘poverty appropriation’ by the SJW idiots.

Yes, believe it or not, some of them actually believe that bulls**t. They want to enforce cultural balkanization as if it were some kind of sacred duty, not understanding that that kind of stasis is death for any culture, or worse, not caring. If I had to guess, I’d say it’s both. Then again most of these willfully ignorant morons seem to wish for the destruction of everything that has allowed them to become willfully ignorant morons.


As if the SJW madness hasn’t infected colleges here in the US, the same virus has also made its presence known in the UK. The latest example comes from Cambridge University where students who do not make eye contact could be considered racist.

So what they’re saying is that someone who is somewhere on the autism spectrum is automatically guilty of racism? That someone who is deeply introverted and uncomfortable among people in general can be considered racist? What about blind people?


I was going to opine about the so-called March for Science, but David Starr beat me to it.

I wonder how many of the marchers had a minimum of scientific education. I strongly feel that all high school students should take chemistry, physics, and biology. In the 21th century when so many policies and issues have science (or claim to have science) at their base, all citizens ought to have some science at the high school level in order to understand the arguments pro and con.

Too many haven’t had that education. What’s worse is that some that have had it still don’t understand that in regards to climate science that climate models aren’t science, but they base all of their closely held beliefs on the defective climate models that do not track reality. What’s worse is that many of the same climate scientists they believe wholeheartedly have no problems with ‘adjusting’ climate data to meet AGW theory rather than adjusting the theory to match the climate data. On top of that they will not release the reason why past data needs to be adjusted or the algorithm they used to adjust the data. In other words, they told the faithful “Trust us!”

But science isn’t based on trust. It’s based upon verifiable data, experiments, and the ability for others to reproduce the results. But too much science is based more politics and funding and not actual science.


Speaking of (climate) science, it turns out the global warming hiatus is real, at least according to science.


I think this explains it a lot better than I can. 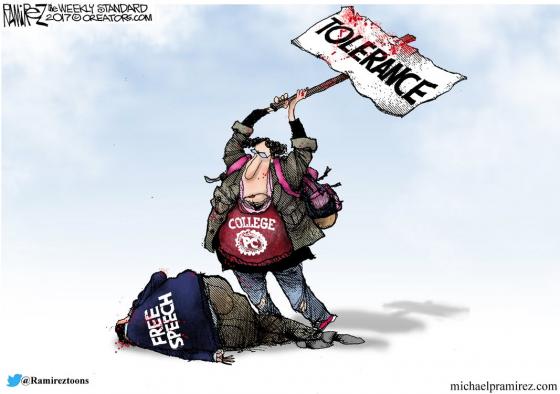 
This is just so cool!


And that’s the news from Lake Winnipesaukee, where boating season fast approaches, the yard work needs doing, and where the Boston Bruins are out of the Stanley Cup Playoffs.
Posted by DCE at 4/23/2017 10:06:00 PM
Email ThisBlogThis!Share to TwitterShare to FacebookShare to Pinterest
Newer Post Older Post Home